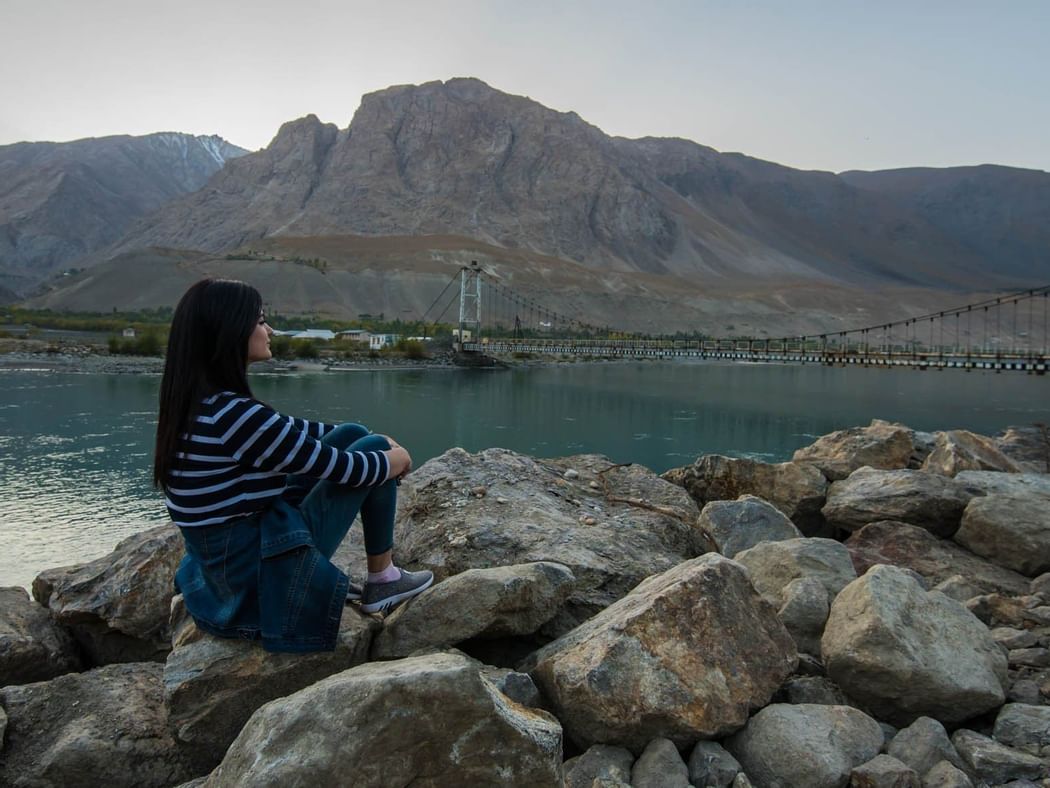 Karakul Lake was formerly known as the Lake Victoria, named after Queen Victoria by the British cartographers/ military geographer. It was marked as such by most maps of the area until the 1920s when the new Soviet cartographer replaced the British name with the Kyrgyz name Karakul, or Black lake. The lake lies at an elevation of 3,960 m above sea level. It is endorheic (lacking a drainage outlet) and the water is brackish. There is a small village with the same name on the eastern shore of the lake.

Sarez Lake is a lake in Rushan District of Gorno Badakhshan province, Tajikistan. Length about 75.8 kilometers, depth few hundred meters, water surface elevation about 3,263 meters above sea level and volume of water is more than 16 cubic kilometers. The mountains around rise more than 2,300 meters (7,500ft) above the lake. The lake formed in 1911, after a great earthquake, when the Murgab River was blocked by a big landslide. It is 275km from Khorog to Sarez Lake.