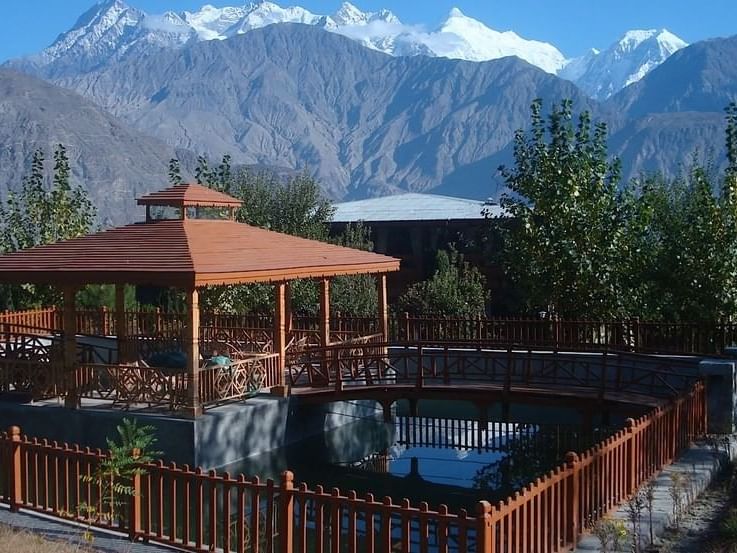 Hidden in the mountains 19 kilometres up a dramatic barren gorge is the green and lush valley, the Naltar Valley is heavily wooded with pine, spruces, birch, rowan and juniper. As one of the most highly recommended activities for a day outing from Gilgit, this is perfect for anyone looking to get in exercise. As a Pakistan Air Force Ski training base, a ski tournament organized by Pakistan Ski Federation at Naltar is held in February. It is also the starting point for two longer treks; one across the Naltar Pass (about 4,600 metres) to Ishkoman and the other across the Daintar Pass (4,636 metres) to Chalt. Naltar is a two-hour drive and about 47 kilometres from Gilgit via the west back of the Hunza River to Nomal Village.