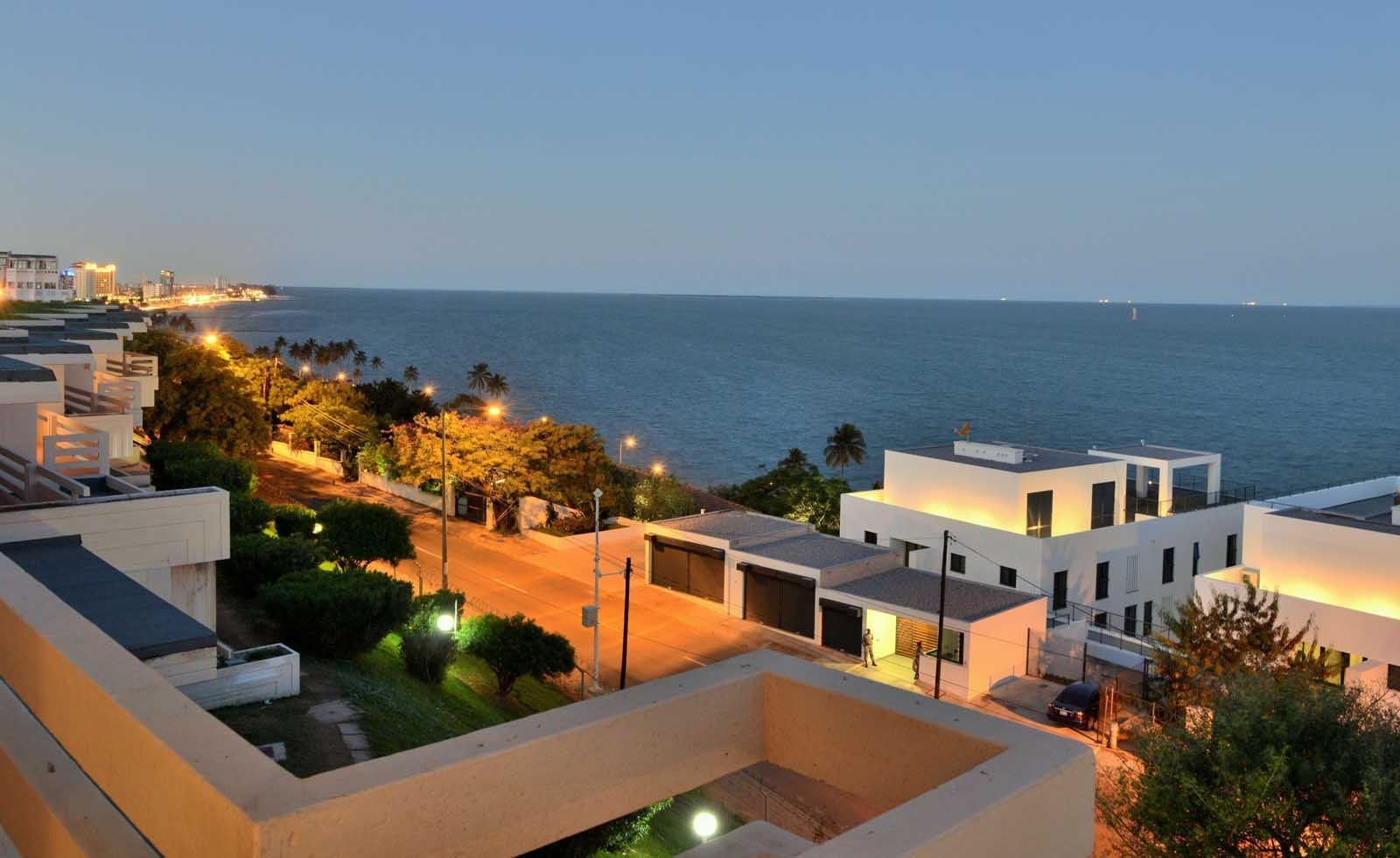 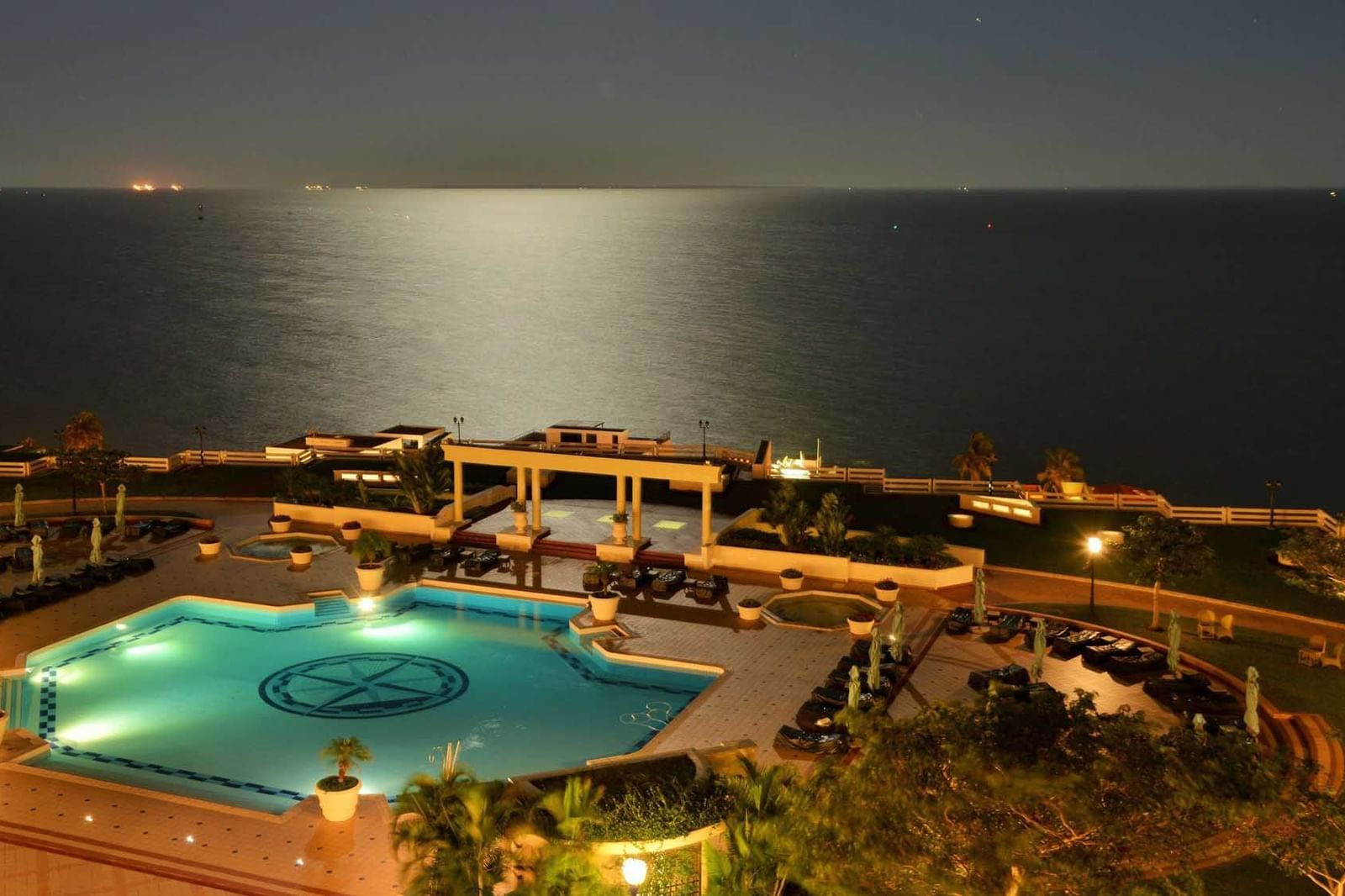 Take a swim in the swimming pool overlooking the indian ocean

na Hotel Polana ranks as one of the most famous historic hotels of the world. Designed in 1922 in the ‘palace style,’ by one of the world’s then most prominent architects, the hotel’s guest list reads like a ‘who’s who’ of world politics in the years leading up to and during World War II.

The hotel stands in the centre of Maputo, which was formerly known as Lourenço Marques, and is the capital of and largest city in Mozambique. A prominent Indian Ocean port, the city was named after the Portuguese navigator Lourenço Marques who founded a settlement here in 1544. In 1787, a Portuguese fort was established, which was later destroyed, and the existing city dates from around 1850. In 1895, the construction of a railway to Pretoria, South Africa caused substantial growth within the city and, by the 1900s, it had established itself as a flourishing port.

When Mozambique gained independence from Portugal in 1975, the city was renamed in honour of Maputa, a legendary chief who once ruled the region.  A cultural melting pot, Maputo reflects a strong Bantu and Portuguese heritage, which incorporates South African, Arabian, Indian and Chinese influences.

THE HISTORY OF THE POLANA HOTEL

‘If Lourenco Marques gains a beautiful hotel, the city owes it to me.’
- Colonel Alexandre Lopes Galvão 1917

It was in 1917 that the idea was first conceived for a luxury hotel in Maputo. At that time, the city fathers intended that the hotel should ‘exalt Latin art and architecture’ and represent ‘everything good that is Portuguese.’ Intended to be a national landmark which would ‘exalt national patriotism and legitimate aspiration,’ the early plans for the hotel met with both enthusiastic support and considerable dissention, so much so that it took five years for the plans to be finalized and the foundation to be stone laid. Indefatigable in his support of the hotel was Colonel Alexandre Lopes Galvão who, arriving back in the city to find that his cherished project had still not taken off, wrote:

‘I arrived in Lourenco Marques in 1917 and noted that we still did not have a hotel fit to receive the important personalities who visited us.  At that stage Adriano Maia advised me that his friends in the Transvaal were prepared to build a big hotel in Lourenco Marques. I brought the matter to the attention of Governor General Massano de Amorim who agreed and authorized me to negotiate. In short, if Lourenco Marques gains a beautiful hotel, inaugurated in 1922, the city owes it to me.’

Whether or not the eventual decision to build the hotel was due to the efforts of the colonel is not clear, but by 1918, seven construction companies had tendered for the work and numerous designs had been submitted.

DESIGNED BY SIR HERBERT BAKER IN THE ‘PALACE STYLE’

The winning design was submitted by the English architect, Sir Herbert Baker (1862-1946), who elected to build it in the (then) fashionable ‘Palace Style,’ which he had already used to great effect on a number of famous African, European and Australian buildings. A world-famous architect, who was the dominant force in South African architecture for two decades (1892-1812), Sir Herbert designed numerous gracious buildings in Africa, amongst the best-known of which are the Union Buildings of Pretoria, Pretoria Station, the Rhodes Memorial and the Boshendal, Franschhoek and Stellenbosch wine estates, to name but a few.

Building of the hotel began in the early 1920s by the Delagoa Bay Engineering Works, under the management of Hugh Le May, who estimated that the new hotel would cost 200,000 pounds (including an elevator and complete interior design). By July 1922, the hotel was completed at a total cost of 300,000 pounds and was hailed as ‘one of the best and most modern hotels in Africa, with no rival in any southern port, and with very few hotels in World to equal its conditions.’

Over the following ten years, the elegance and grace of this unique hotel caused it to be considered as not only one of the most prestigious places to stay in southern Africa, but also one of the most atmospheric hotels of character in the world. In 1936, such was the hotel’s prominence that it was bought by the millionaire I.W. Schlesinger, who reputedly paid 400,000 pounds for it. He retained it throughout the war years, bequeathing it to his son John who retained it until 1963.

THE CAPITAL OF ESPIONAGE AND COUNTER ESPIONAGE

It was in the war years, however, that the Hotel Polana achieved, perhaps, its greatest fame. As part of the Portuguese empire, the hotel made the ideal neutral meeting place for spies and secret agents from both the allied forces and the German and Italian forces. Here, both sides were free to indulge in complex espionage and counter espionage deals, free of the constraints operating elsewhere on the continent. Indeed, the hotel was renowned as a place where spies from South Africa, England, America, Germany and Italy were so relaxed as to be able to ‘exchange courteous greetings’ when meeting in the corridors and bars of what came to be known as the ‘Grande Dame’ of Africa.

Sold in 1963 to the government of Mozambique, the hotel was managed first by the Hotel Estoril Sol and later by the South African Karos Company. In 2002, the hotel’s management devolved into the careful hands of the Aga Khan Foundation for Economic Development, which began a detailed and sensitive renovation of the hotel, using only the finest local artisans, craftsmen and traditional style. Now fully renovated, the hotel is managed by the Serena Group, East Africa’s leading hotel chain.