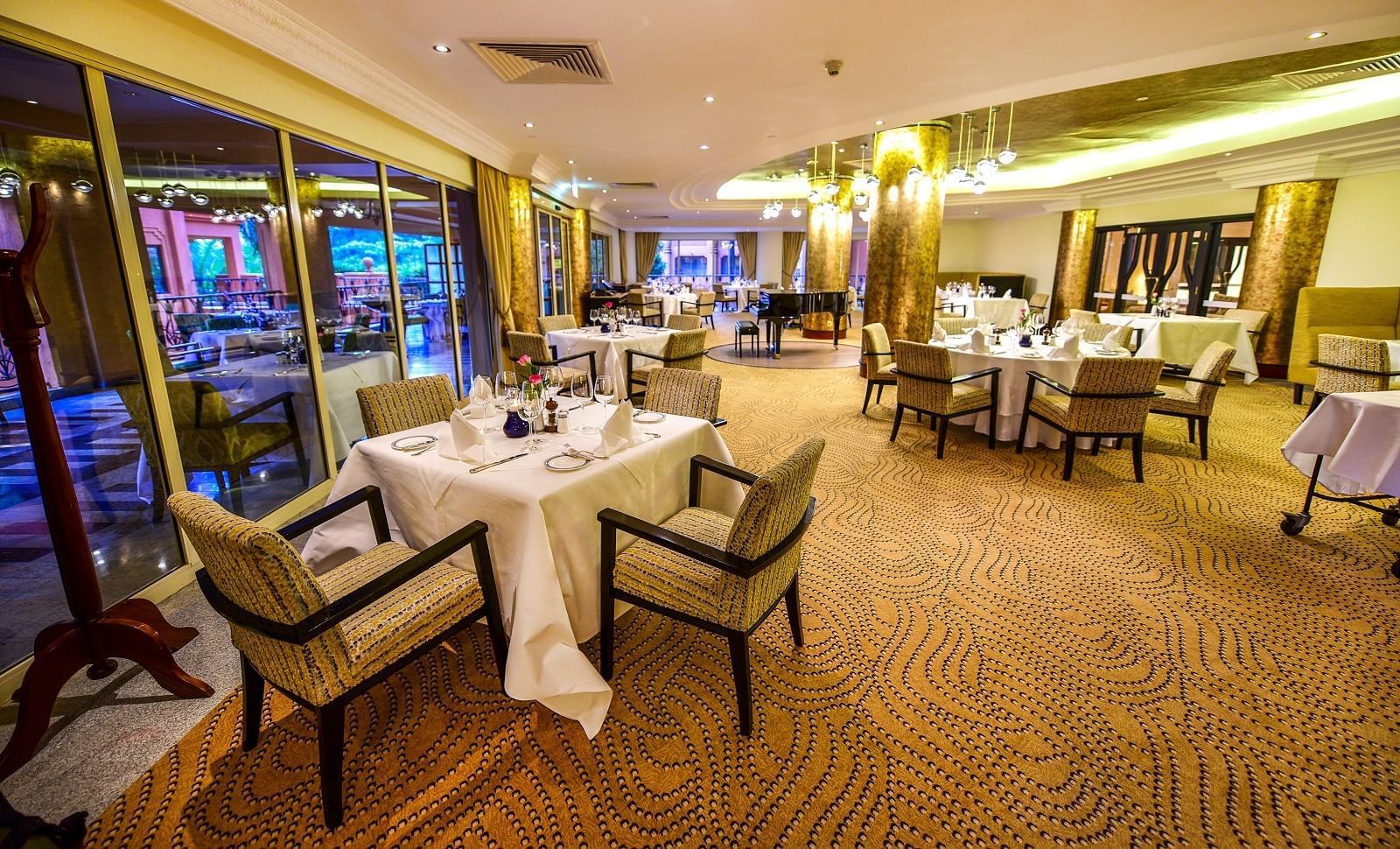 THE PEARL OF AFRICA RESTAURANT AND CHAMPAGNE BAR 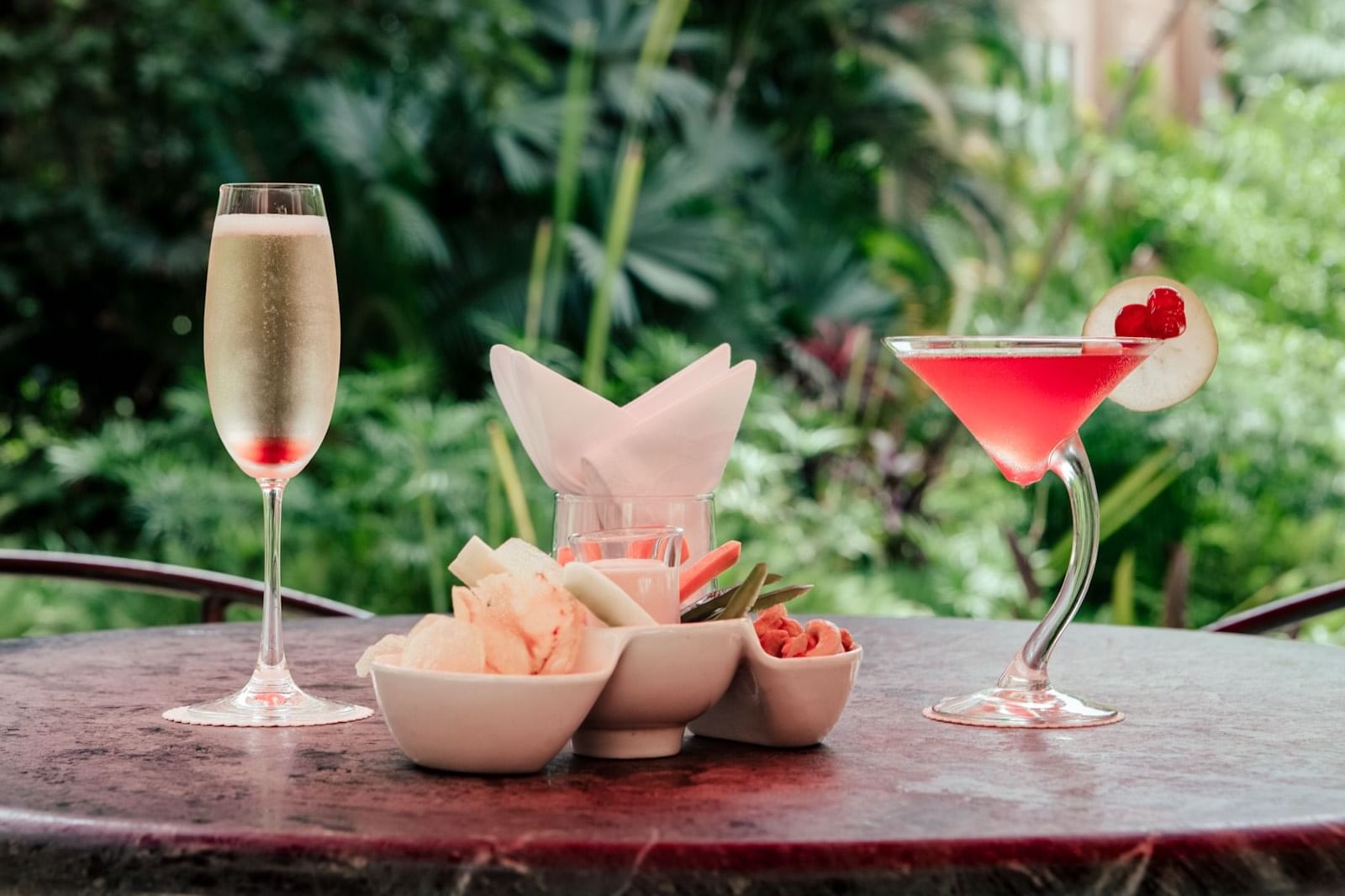 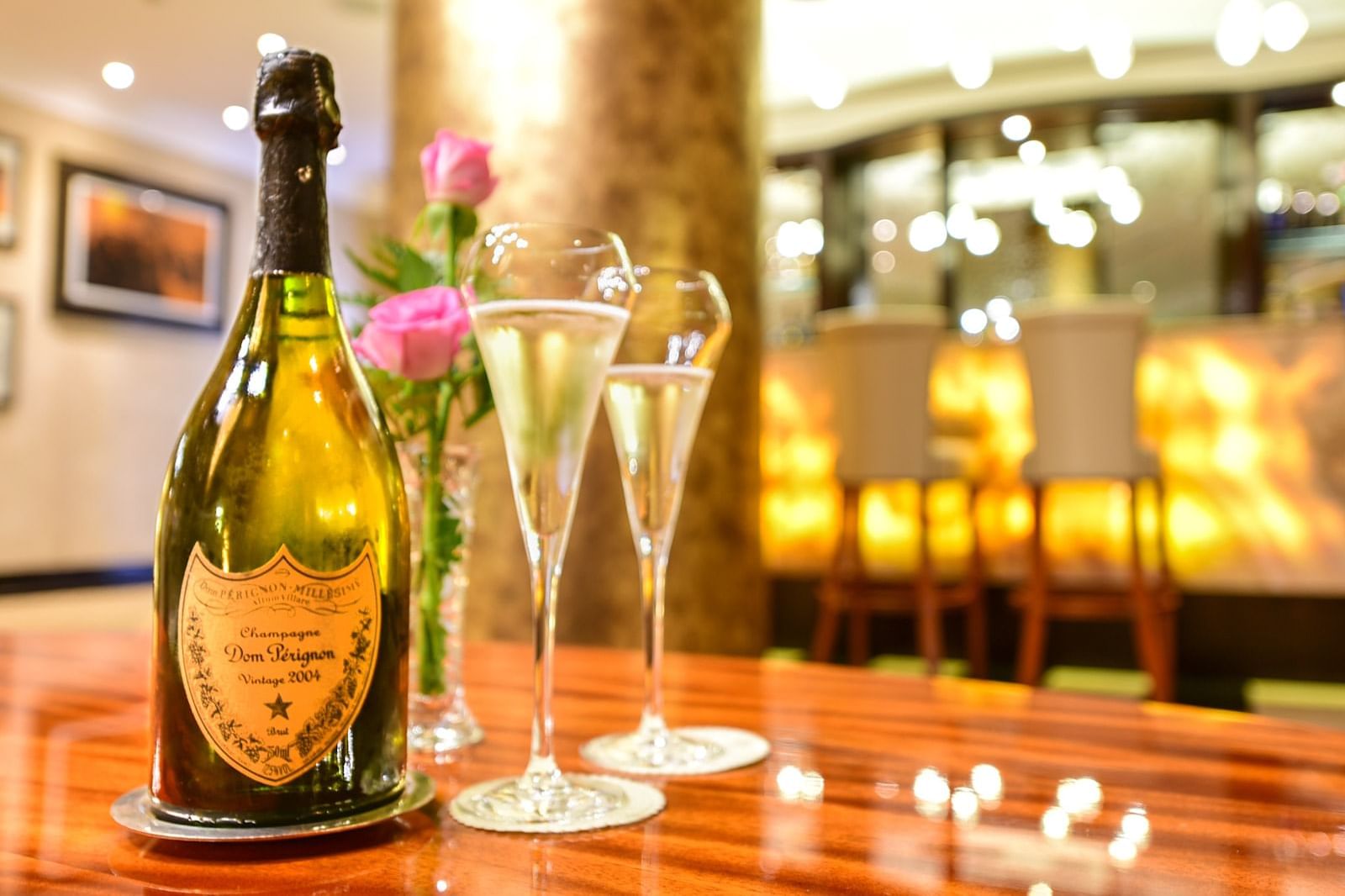 CHAMPAGNE BAR AT THE PEARL OF AFRICA RESTAURANT 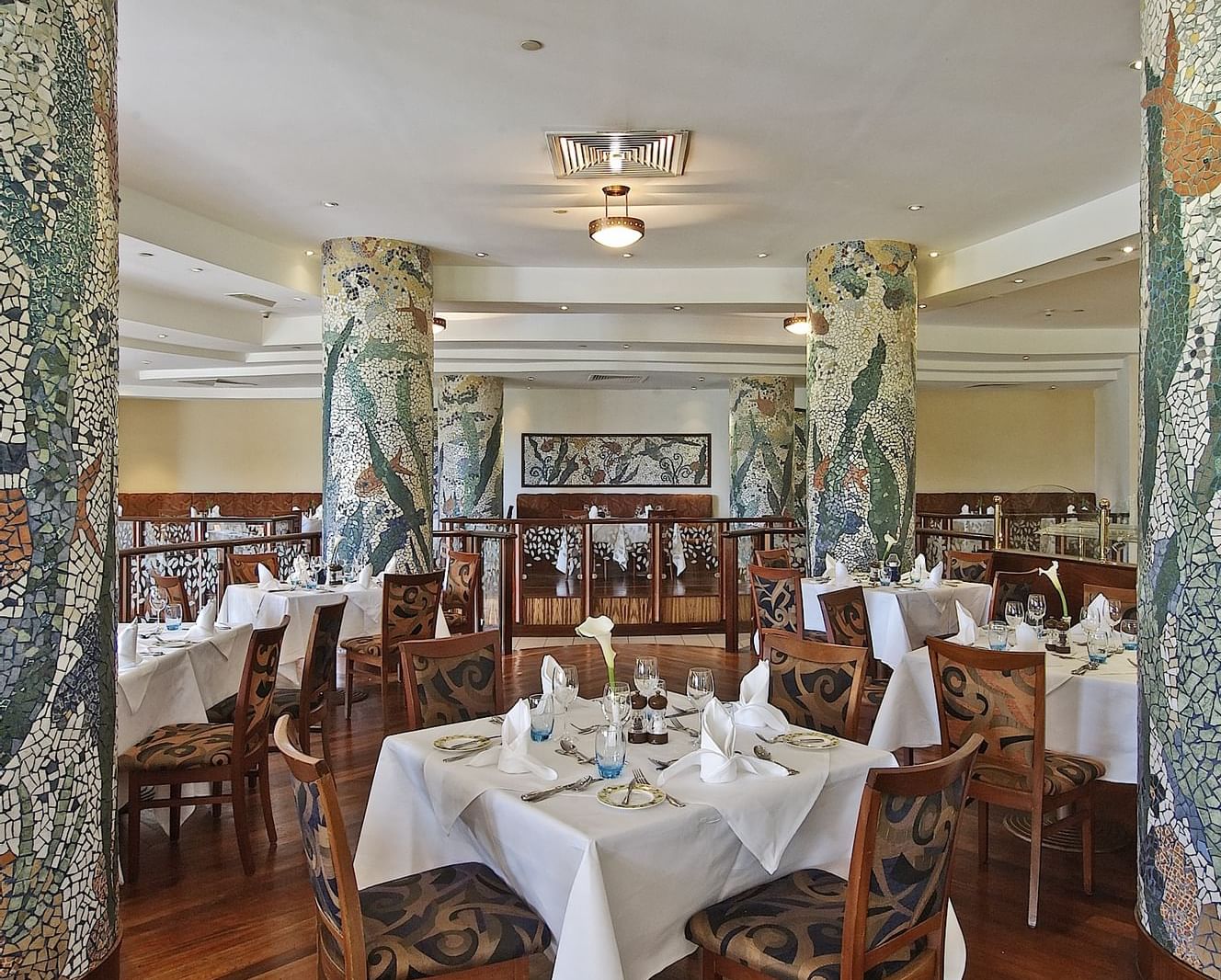 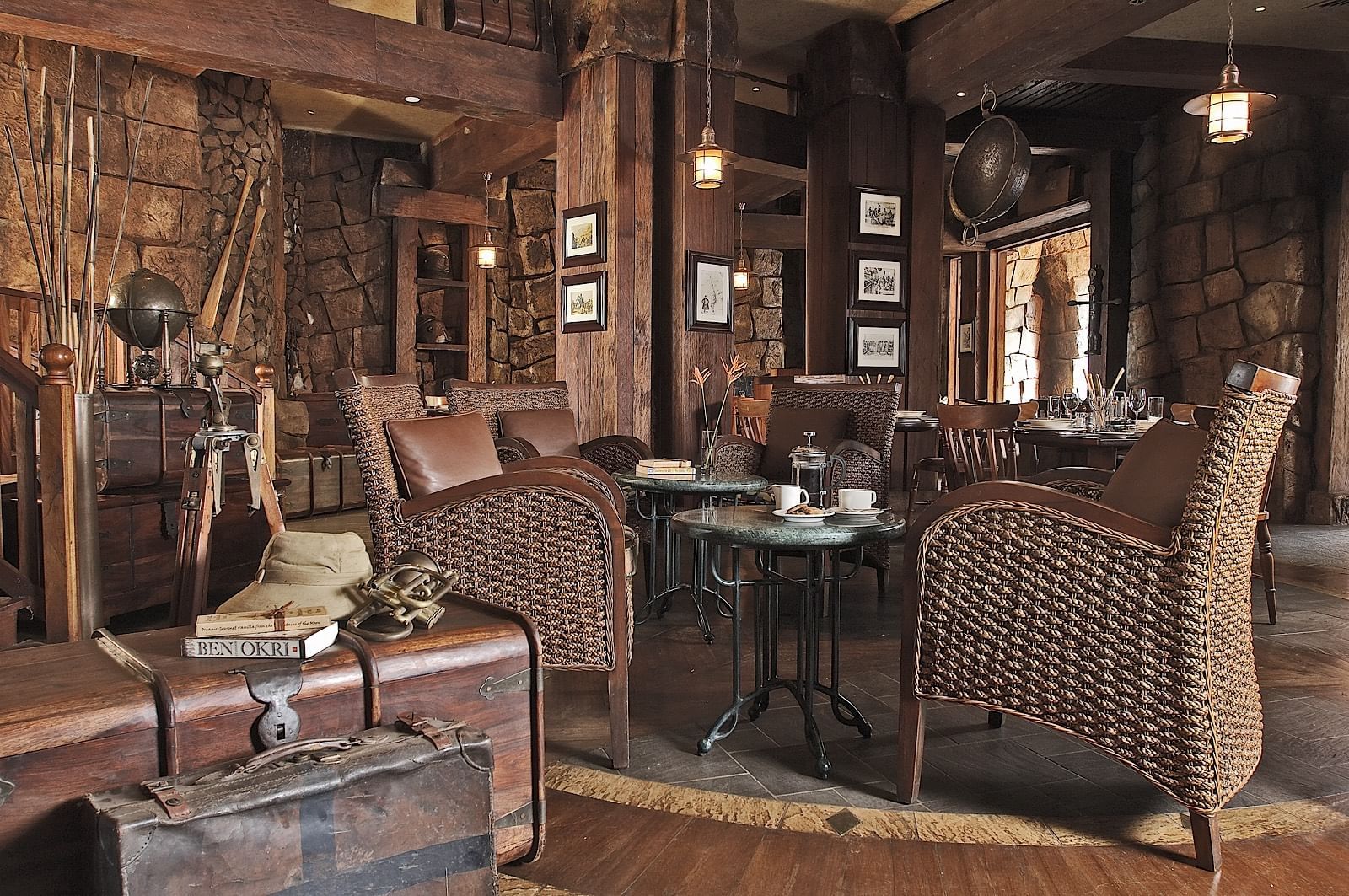 CHAMPAGNE BAR AT THE PEARL OF AFRICA RESTAURANT

The Kampala Serena Hotel features a collection of restaurants created for lovers of fine cuisine, sophisticated style and impeccable service. Each stands as a gateway to a memorable dining experience – whether it be an immersion into traditional Ugandan delicacies or an exploration of International gourmet delights. The Kampala Serena restaurants are inspired by their own story, which will be revealed through creatively presented dishes, signature cocktails and a style befitting a true 5-star experience.

All restaurants at the Kampala Serena Hotel provide special consideration for kosher, vegetarian, Jain and Indian cuisine. Additionally, we cater to any special dietary requirements our guests may have. 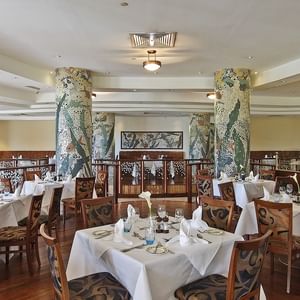 Tucked among colossal mosaic pillars with views of the hotel’s brilliant water garden, The Lakes features a beautiful dining room and a captivating outdoor terrace.

Breakfast and lunch take the form of an opulent hot and cold buffet. Dinner is themed nightly whilst offering selections from an a la carte menu. 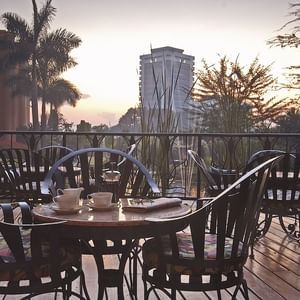 Follow the alluring fragrances of sweet treats and freshly brewed coffee to the Ssese Patisserie. Specialising in authentic Ugandan coffee, local and herb teas and an array of homemade macaroons, pastries, tarts and creative, made-to-order cakes, this is your destination for self indulgence. 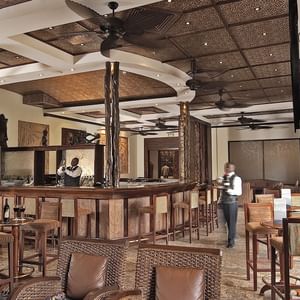 Reminiscent of the jungle-draped ruins from the Raiders of the Lost Ark movie, our offbeat Italian restaurant pays homage to Africa’s early explorers with safari artefacts and sepia-toned photography. Both in the dining room and among the outdoor water garden’s ponds and bridges, diners will enjoy fine Italian cuisine complemented by an extensive selection of wines, beers and spirits. 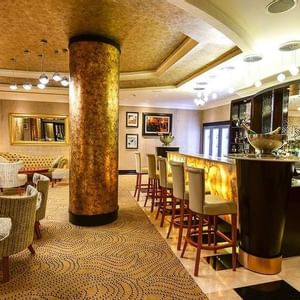 A fine-dining experience like no other, The Pearl Restaurant & Champagne Bar offers an intuitive fusion of menu choices, featuring international, national and regional cuisine alike. Varied in style, this unique restaurant offers elegant niche seating, a more relaxed outdoor terrace where fountains play, its own exclusive private dining room (to seat 12), and an intimate yet relaxed central dining room, which centres on a raised piano dais, where our resident pianist plays nightly. 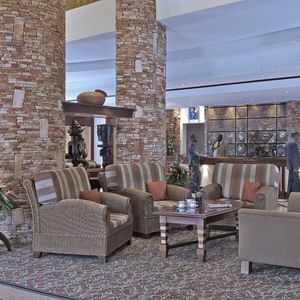 The beautifully decorated Bambara Residents' Lounge and its opulent Bedouin-style tented terrace are reserved for exclusive use by hotel guests. With a selection of newspapers and periodicals, it also offers café service and Wi-Fi throughout the day. and access to the extensive business center. 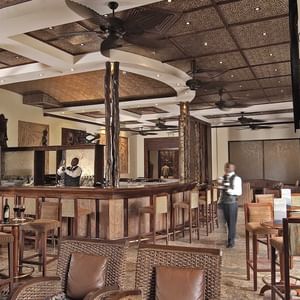 Kampala's most fashionable gathering place, this atmospheric bar evokes the misty mountain habitat of Uganda's famous gorillas and is named to honour the 1988 movie Gorillas in the Mist, which followed the life and work of American zoologist Dian Fossey, who spent 23 years studying the behaviour of the endangered mountain gorillas of Uganda, Rwanda and the Democratic Republic of Congo. 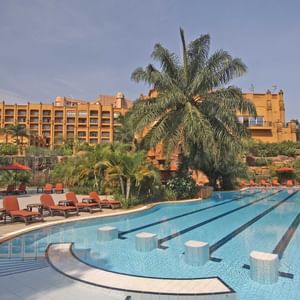 Enjoy café cuisine, snacks and cocktails in a relaxed, scenic setting. This al fresco terrace overlooks the pool, waterfalls and sculptured rock gardens, offering the ideal backdrop for poolside dining, cocktail parties and special events. Atmospheric lighting and an ornate bandstand makes the Pool Terrace one of the hotel’s most unique event venues. 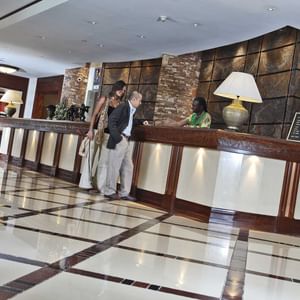 Enjoy enticing room service options featuring an extensive menu with everything from the classic club sandwich to delicately spiced curry. You may also choose to host a private lunch or dinner in your room or suite, or decide to enjoy cocktails and canapés with friends, business associates or family on your private balcony or terrace. 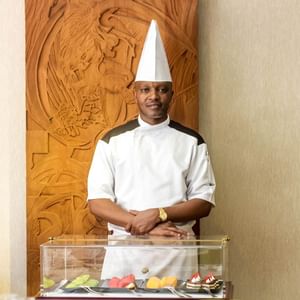 Bravely embracing the culinary world at a tender age when the choice to become a Chef in africa was largely shunned, Chef Eshton has made remarkable career leaps placing him as one of East African’s youngest Executive Chefs in such a renowned establishment.

Born and bred in Kenya, Chef Eshton joined the Serena Hotels upon completing Utalii Hospitality School in 2000 and although delights in preparing various cuisine, he is particularly drawn to Continental, Oriental, Fine Dining as well as traditional African dishes.

His apprenticeships in the acclaimed kitchens of London and Paris have exposed Eshton to diverse cultures, menus and foods. In 2006, Chef Eshton catered for Her Royal Majesty the Queen of England in Kampala during the CHOGHM meeting and as result of Her Majesty’s enjoyment of the menu was afforded the opportunity to be amongst the team that catered for the 2008 G20 summit at Buckingham Palace in London under the guidance of Chef Mark Flanagan.

On his culinary journey through London and Paris, Eshton also trained at the Landmark Hotel under the supervision of Chef Mark Gaily, at the Les Bastide Des Capelongue a 2* Michelin Star Restaurant overseen by Chef Edward Loubet and lastly at the La Table du Connétable a 1-star Michelin Restaurant at the Auberge Du Jeu De Paume in Chantilly, France

With over 17 years’ experience, Chef Eshton has transformed the four main restaurant kitchens at the Kampala Serena Hotel into the award-winning establishments that they are today. His down to earth nature, creativity and determination to deliver excellence has driven the Food and Beverage team to significantly contribute to our position as Uganda’s Leading Hotel (5 years sequentially). The Pearl Of Africa Restaurant and Champagne Bar is considered by many to be one of the best, if not the only, true fine dining restaurant in Uganda as well as being a member of the Chaine Des Rotisseurs, an international gastronomy society.

With a deep desire to learn and understand the world around him, Chef Eshton uses his spare time to run internal culinary workshops. Training and innovation integral to his philosphy and his weekly creativity and innovation briefings have empowered and motivated hundreds of young trainees and chefs. Eshton remains humble despite his great success and finds pleasure in the little things like tending to his herb garden in the back of the main kitchen when not catering for a massive Ugandan style wedding. 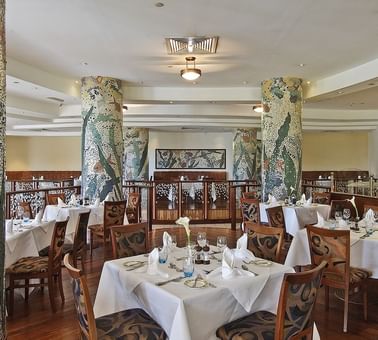 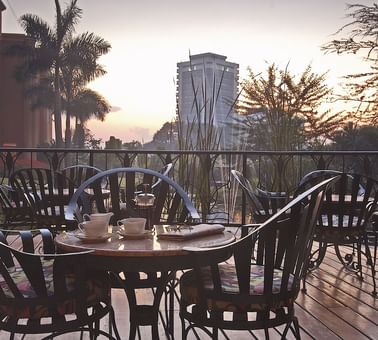 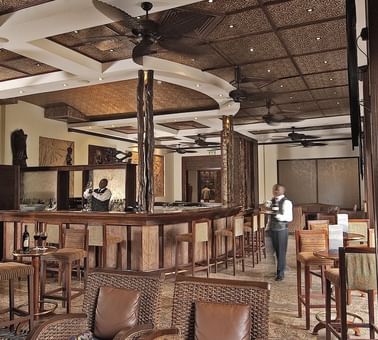 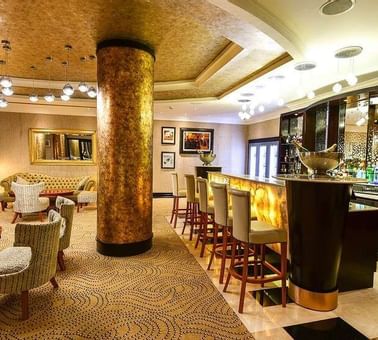 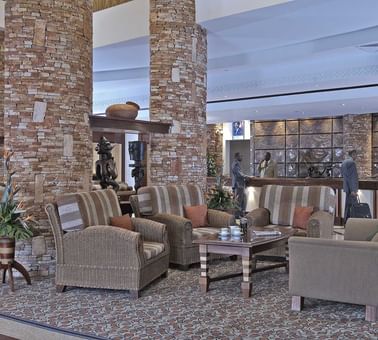 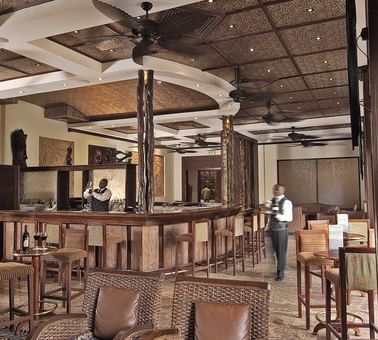 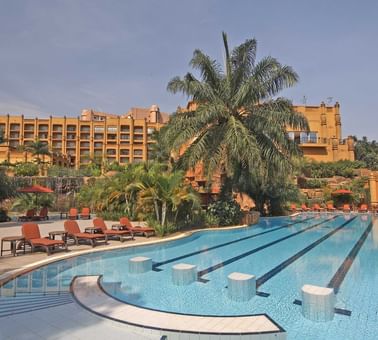 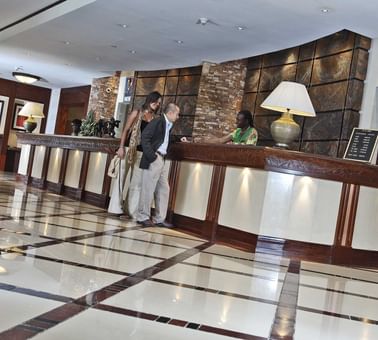 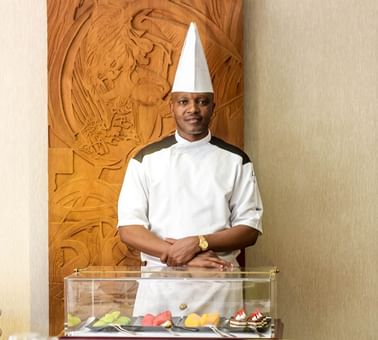