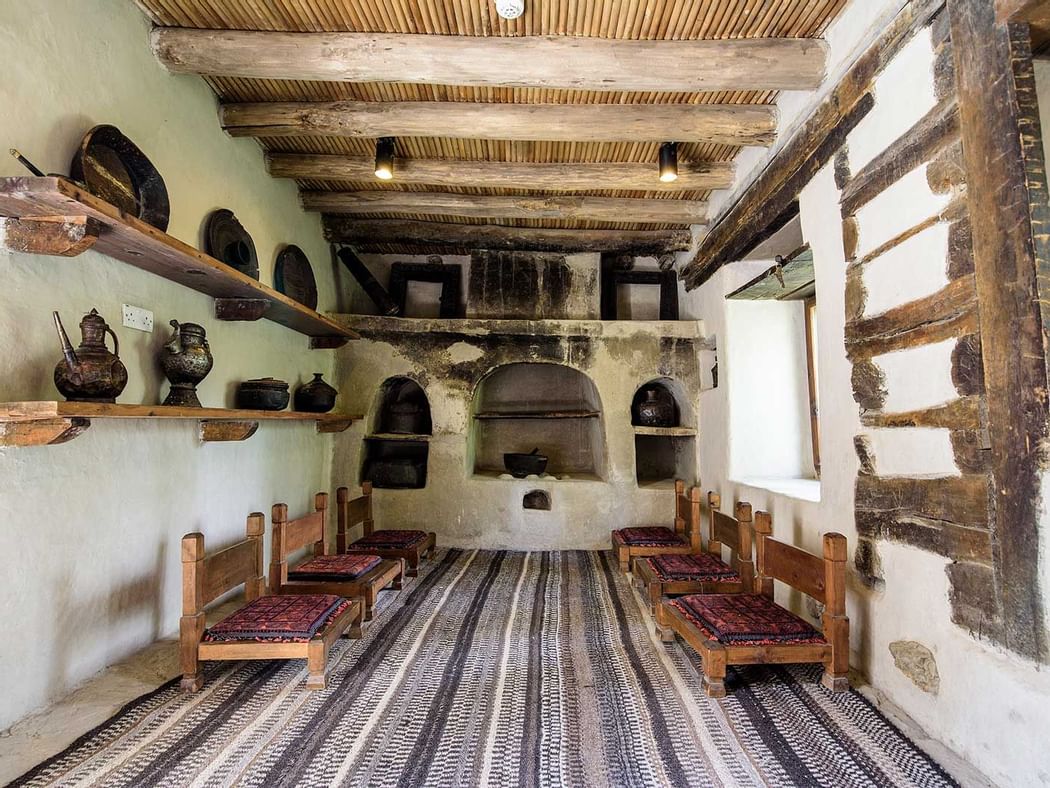 Explore the nearby historic villages of Chinpa, Halpapa, and Shigar. Visit some of the most ancient mosques in the area, including the nearby Khilingrong Mosque and the 14th century Amburiq Mosque in Shigar Village, a UNESCO award-winning site. Hike up the famous Shigar Rock, at the top of which sits the ruins of Kari Dong, the first ancient Fort dating back to the 11th century. View the intricately carved Khanqa-e-Moallah and Buddhist ruins, including monastery foundations and rock inscriptions from as early as the 5th century as well as the Manthal Buddha, a 7th century Buddha rock carving, and touring historic Kharpucho Fort. Explore the Khaplu region, including the Thalley Valley, Hushey Valley, and the historic Khaplu Fort.